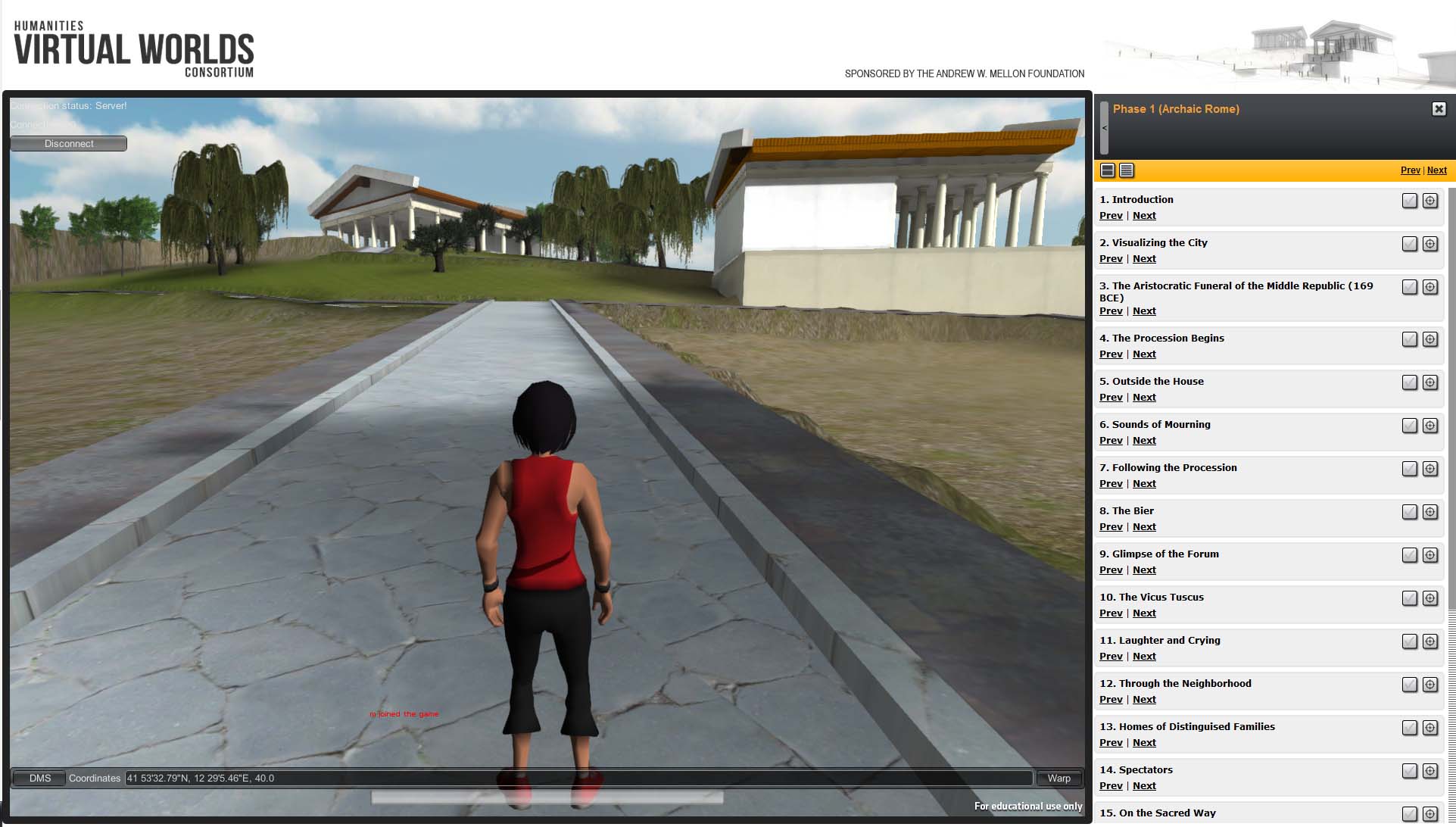 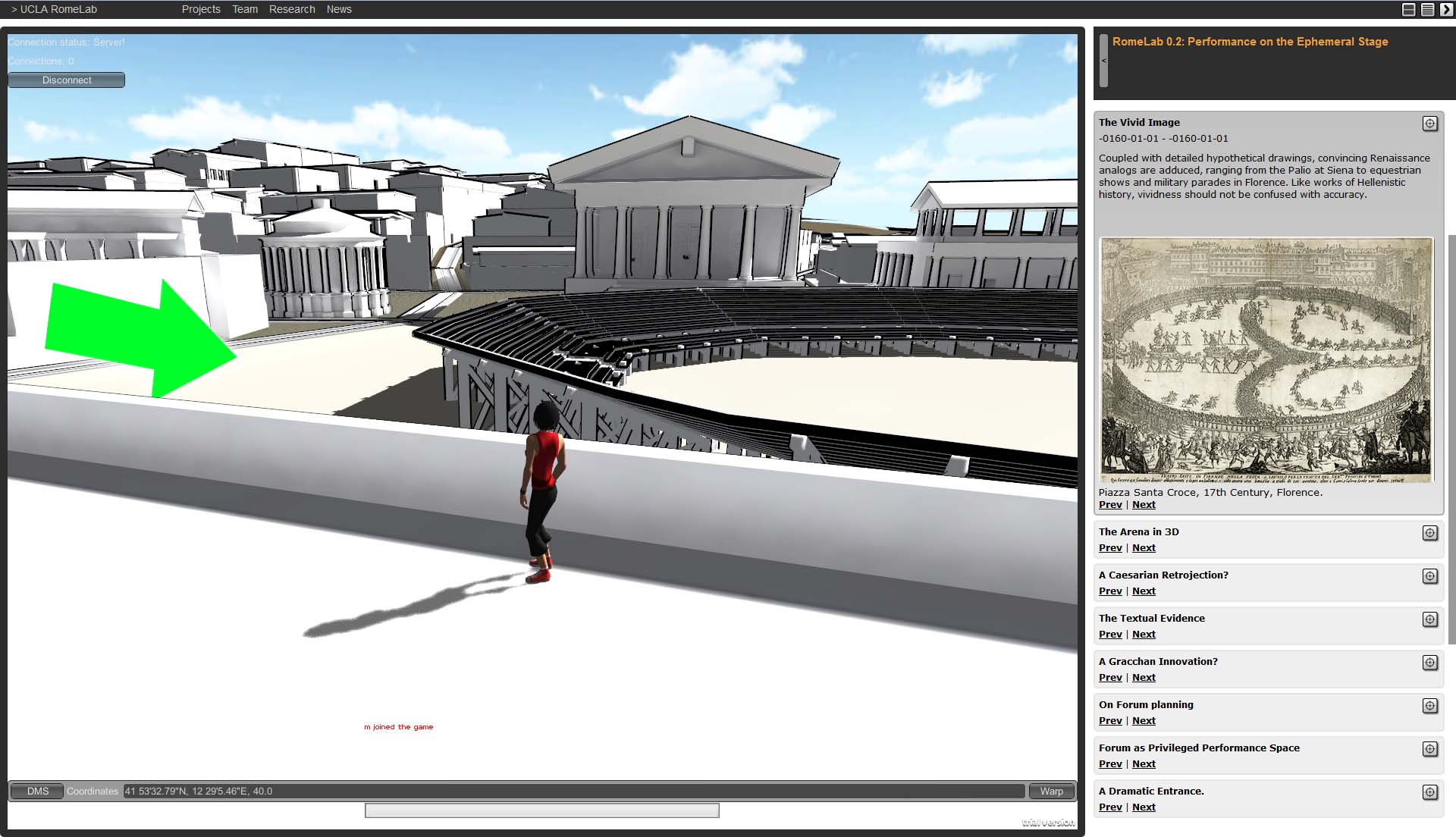 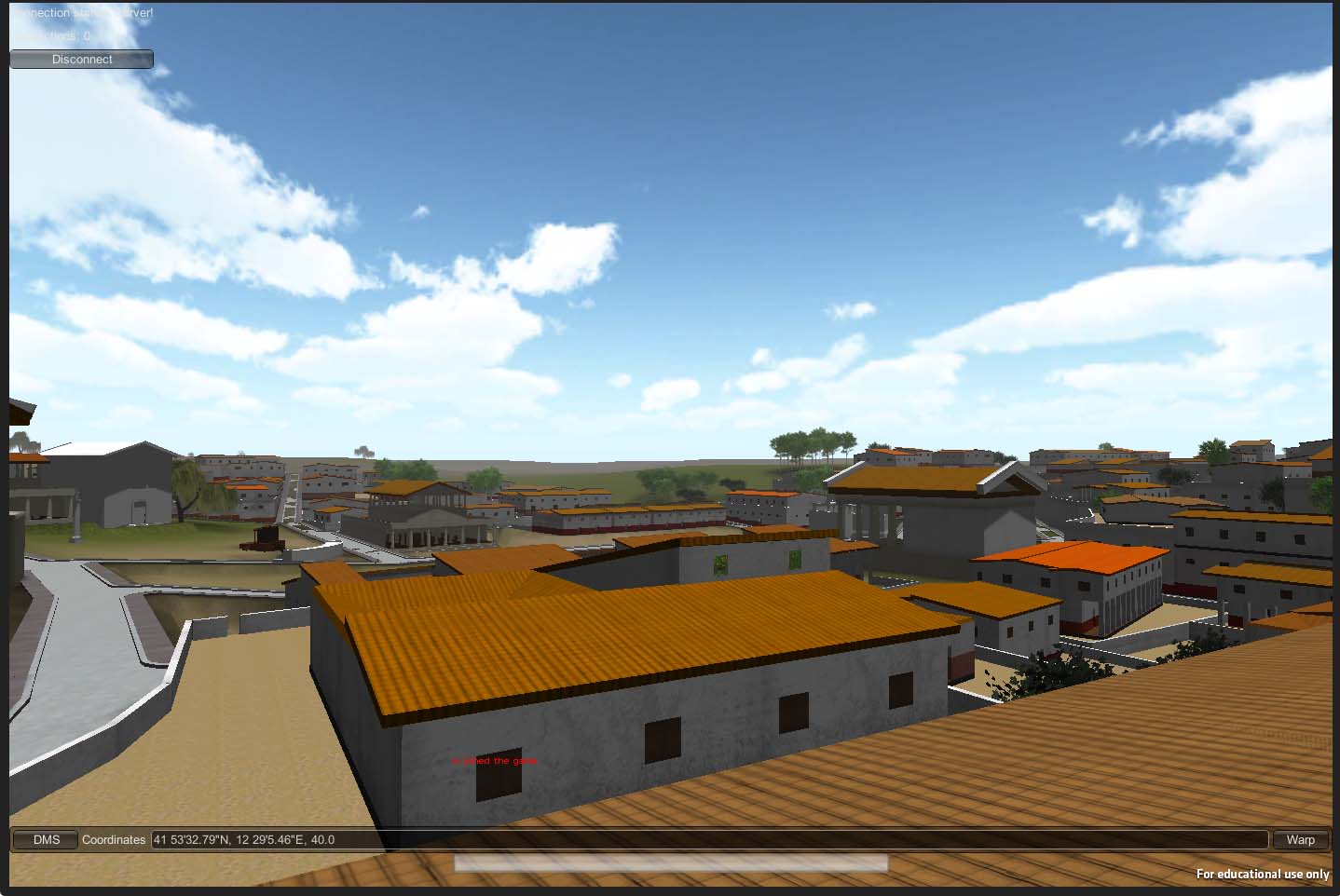 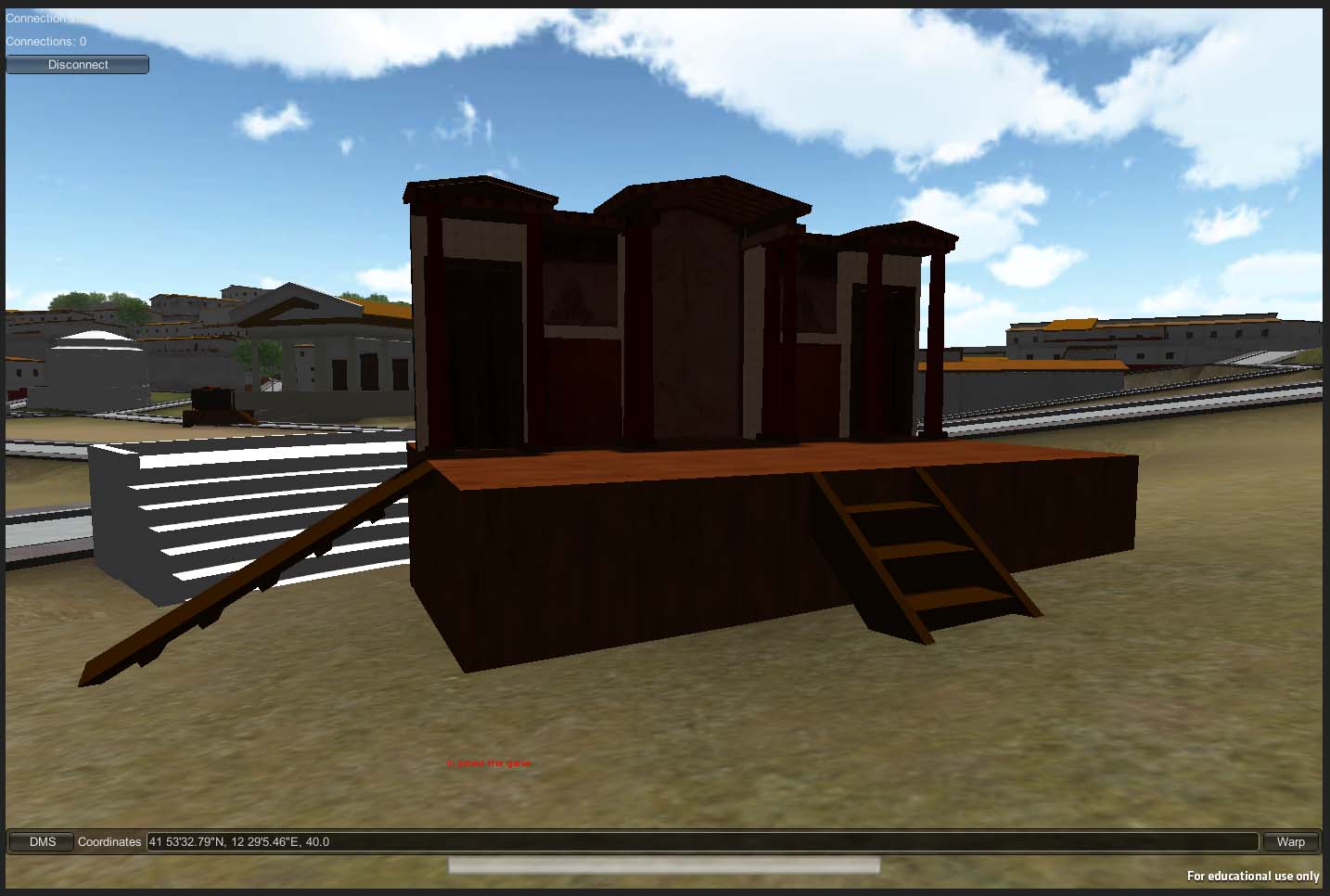 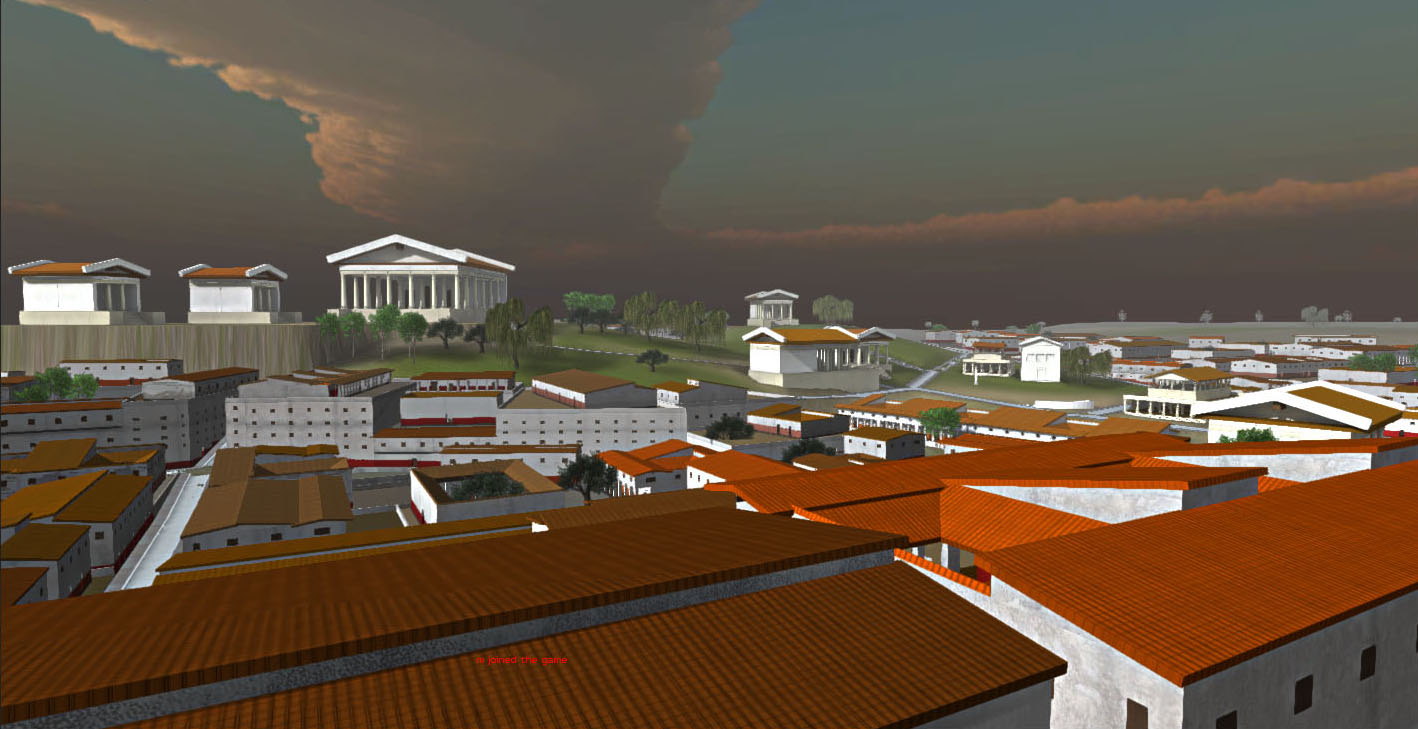 RomeLab is a multi-disciplinary research group whose work uses the physical and virtual city of Rome as a point of departure to study the interrelationship between historical phenomena and the spaces and places of the ancient city. RomeLab is a unique experience that integrates the research team and research lab directly into the classroom by offering undergraduate and graduate, lab-based seminars where students of diverse skill sets collaborate together, working side-by-side with faculty, to study the ancient city through the use of interactive, multi-player Virtual Worlds and video game technology.

RomeLab’s theme for 2012–2014 is Spectacle in the Roman world. RomeLab:Spectacle aims to transform the ephemeral experience of ancient spectacle into a digital object fit for experiential analysis. Through short-form, virtual-world-based “articles,” the project re-assesses current views on the stagecraft of Roman gladiatorial games, dramatic performances and oratorical displays.

The experiential, digital world of RomeLab is highly abstracted. Rather than a Beaux-arts reconstruction, the virtual city in RomeLab is both an inhabitable graph and a three-dimensional map. It attempts to maintain a high data-ink ratio, focusing attention on sight-lines, viewsheds, location, form, and outline. Texture, polychromy, atmospheric effects, and precise, detailed hypothetical reconstructions are not prioritized in this study. Instead, the narrative is foregrounded. The virtual world offers a means to disseminate, interrogate, and refute arguments that are necessarily space-based.